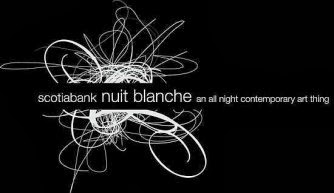 An old friend once told me *cough cough Dale-I-mean-you cough*, "You know you're too old when the music's too loud".

Nuit Blanche 2013, billed as "an all night contemporary art thing", has been going strong in Toronto since 2006; now spanning from the heart of downtown to deep into my neighbourhood in West Queen West (the latest hipster stronghold since all the condos started building up around us 6 or so years ago, gag me...), this bacchanalia of art, food, music, and dance has a strong foothold in my city. 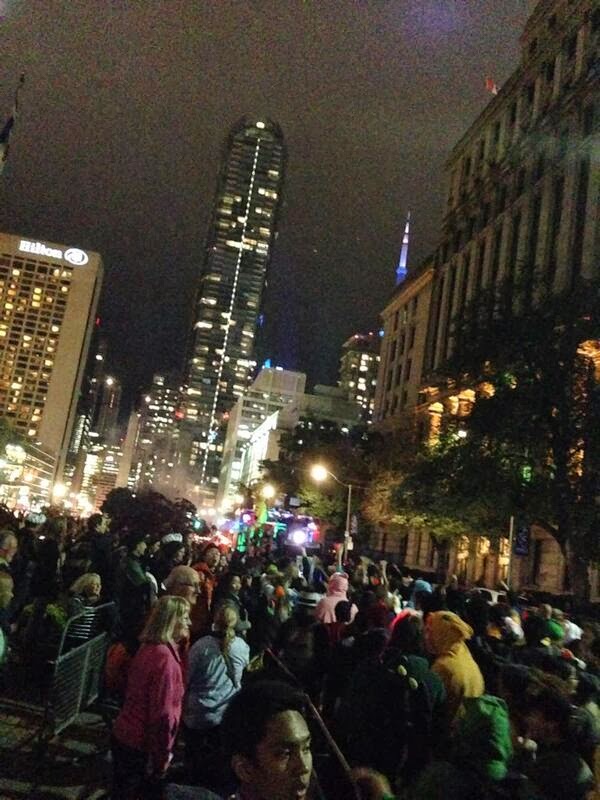 It's been many years since I have willingly inserted myself into a crowd of so many people; I've always been a bit claustrophobic, and gigantic crowds of loud, hepped-up strangers in the middle of the night normally gives me the willies (which is also the main reason I haven't gone to any concerts lately). The numbers this year were expected to at least match last year's staggering 1.2 million, with the number of tourists to Toronto being around 117,000.

So what the hell was I doing, being involved in something that normally serves me as nightmare fuel? 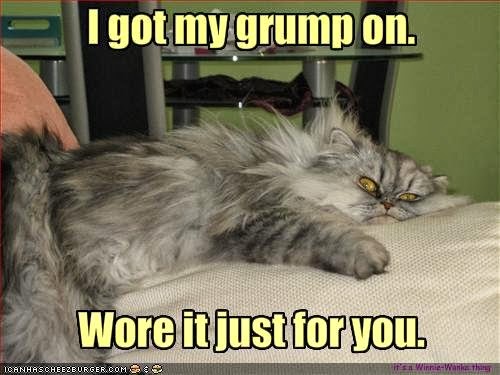 I'm not sure.  Maybe I took off my crabby pants for a short while.  All I know for sure is when my good friend announced she was going and asked me to come with her, this year I said "yes" instead of "no".  And I'm glad I did, even if I can't sleep right now because my feet are aching and the last of the Redbull I drank before heading out (after my pre-NBlanche nap, of course) is still buzzing around in my bloodstream.  Me is grumpy. And apparently me is also Cookie Monster.

We live very close to Queen Street West, home of the iconic Gladstone Hotel and Bar, and the uber-chic Drake Hotel, buzzwords for "cool", "happening", and "hip(ster)", which offers $14 custom cocktails with names like "Brown Butter Maple Old Fashioned", "Autumn Sweater", and "The Safe Word". Having worked the strip when I was a shift supervisor at the local coffee house a few years ago, I can also state with steely-eyed certainty that their 20-something flannel-shirt-Buddy-Holly-glasses-and-fedora-wearing patrons are also buzzwords for "pretentious douchenozzle". Not that I'm bitter.

Ok, I'm a bit bitter right now. Whatever "The Glad" was doing this evening involved a lot of very drunk and possibly high revelers singing and screaming right outside the bar at 3:30 in the morning. With our windows open even a crack (since it's been warm), they may as well have been singing in our own living room. Which is why I'm up now.

So much for trying to sleep.

Anyway, regardless of my crankiness right now, the rest of this evening was pretty cool. We saw some amazing live rope bondage and suspension demonstrations at the Great Hall just up the street from our apartment (ok, I kinda do love

my immediate neighbourhood despite the posers), and some very very cool art installations downtown, like Ai WeiWei's "Forever Bicycle" exhibit at Nathan Phillips Square, some awesomely ridiculous reverse tandem bikes, named "Toaster Work Wagon", and a hauntingly beautiful art piece called "Mariner" (see left), that depicted a life-size conceptual model of a Martian landscape.  We also were greatly impressed by another mixed media artist, NYC's Swoon, with her piece, "The Anthroposcene". As for musical arts, we had a great time moving to the beat of an awesomely tight drum circle at Nathan Phillips Square, which then migrated around downtown, its enthusiastic followers attaching and detaching like amoebas as they traveled.

So, all in all a good night.  We got in before the rain, we had delicious street meat and cupcakes from food trucks, and I was back home before I started bumming out from the crowds.  Now to take my Geritol, put on my granny gown, plop my dentures in the glass by my bed, and get some shut-eye. Wish me luck for my starring role in "Sleep 2.0: The Sleepening".