This is a little bit of an odd Top Ten list, but I thought I'd take you through my baking cupboard (yes, I have an entire cupboard dedicated solely to baking supplies...um, and another cupboard...and a 4-tier rolling rack...but I digress). Since a Top Ten list would make this blog post too long, I'm splitting the posts up into several individual posts, showcasing one spice at a time.


Next up: STAR ANISE! 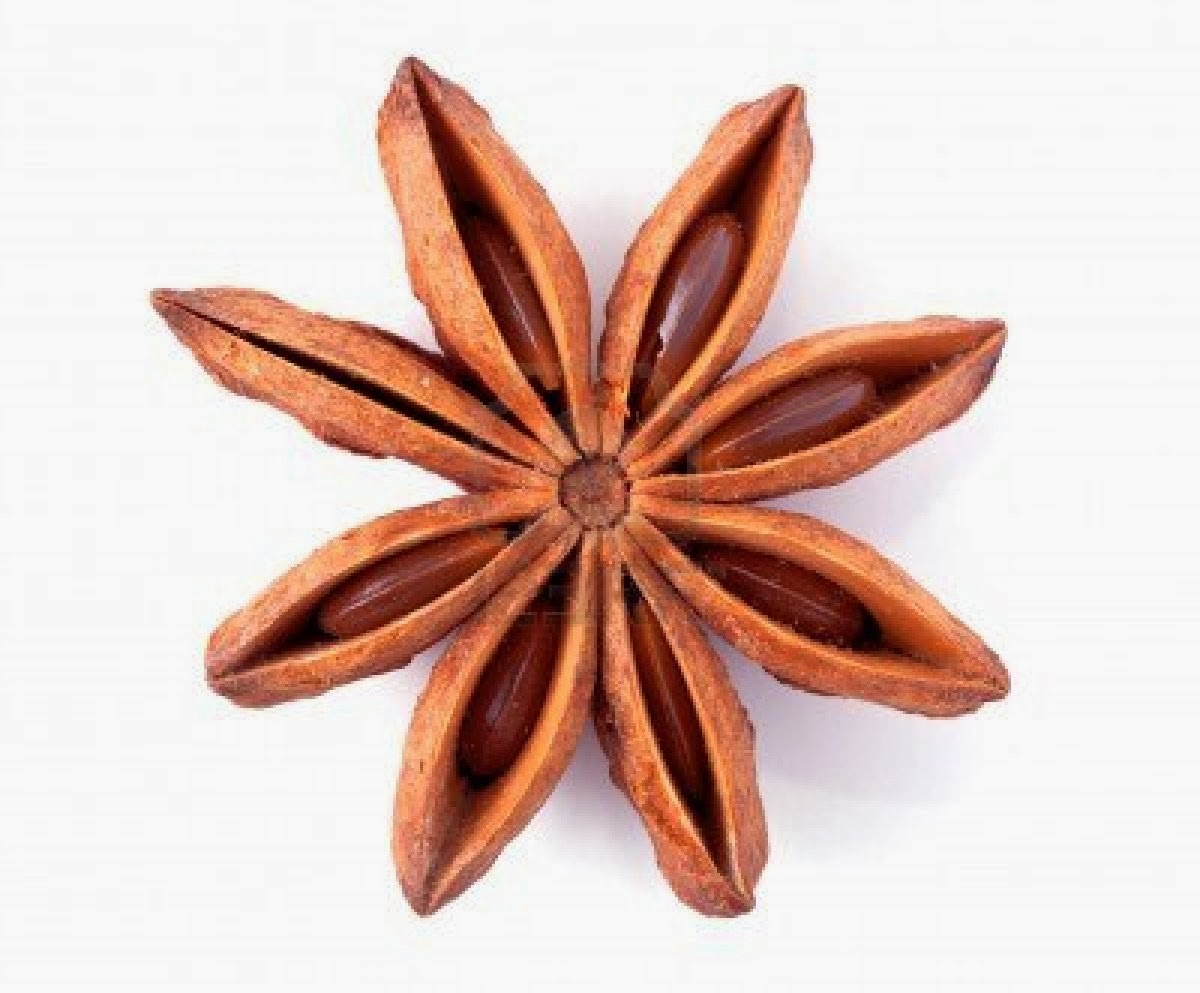 Star anise is a lovely, fragrant, exotic little spice that is definitely named appropriately, with its star shape and licorice flavour that is similar to, but stronger and slightly more bitter than regular anise seed.

Star anise is the seed pod of a small evergreen tree (Illicium Verum), grown in southwestern China and Japan. It is dark, rusty brown in colour, and stands about one inch high with seven to eight segments.

Like regular anise, star anise gets its distinctive licorice taste from a chemical compound called anethol; however the two are not related botanically, as star anise is a member of the Magnolia family.

Star anise is utilized for both culinary and medicinal purposes. In culinary applications, you can find it in exotic spice blends such as masala chai tea and Chinese Five Spice, and in dishes like Vietnamese Pho and numerous Indian curries and stews.

In traditional Chinese medicine, star anise is often prescribed to cure colicky babies and is often used as a digestive aid for adults as well. More recently, the compounds found in star anise have been extracted to form the base of the antiviral Tamiflu drug which fights avian influenza. Go Team Spice!

Star anise is usually available in Asian supermarkets, or in bulk food stores which sell spices (such as Bulk Barn here in Ontario). Look for whole, unbroken pods; stored properly in a sealed container in a cool, dry place, this spice should last for several months. Discard the pods once their aroma fades.

According to Food.com, star anise pairs well with: duck, eggs, fish, leeks, pastry, pears, pork, poultry, pumpkin, and shrimp. While I've not personally used this spice in non-baking recipes, I do know that a popular and delicious fancy-company-dessert recipe involves poaching pears in liquid that contains star anise pods. Yum.

But, since I like to bake more than I like to poach, and it's my blog (heheh), here is a great recipe from Epicurious Magazine (June 1999) for a fragrant, rich spice cake that will definitely showcase the flavourful complexities of star anise! 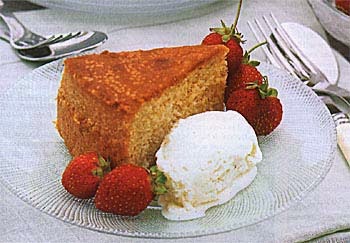 Yield: Serves 10 to 12
*Farina is a very finely ground wheat that only utilizes the endosperm and the germ of the wheat kernel. It may be possible to substitute the farina with an equal quantity of almond meal, as there is plenty of wheat flour in the recipe already; however I have not personally tried this substitution so I'm unsure as to whether it will promote a successful product...therefore CAVEAT EMPTOR.

If/when I have the opportunity to try this substitution, I will update this post with my findings and new pictures!